You never know when you’ll need a capacitor. Sometimes you need a little more power supply decoupling, an output coupling cap, or careful tuning of a filter circuit – all applications where capacitors are critical. The SparkFun Capacitor Kit contains a wide range of capacitor values, so you will always have them on hand when you need them. 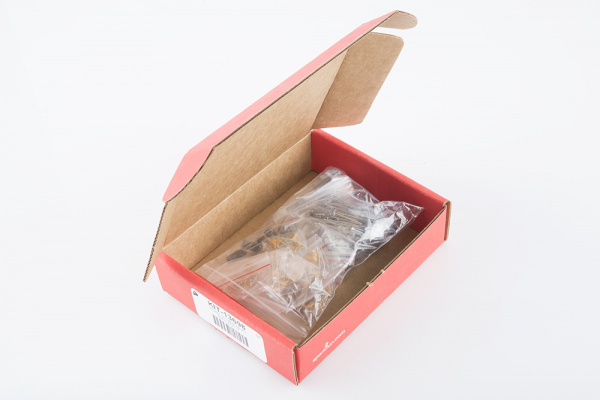 This tutorial will help you identify the contents of your kit, and show you a couple tricks to expand the range of values even further.

The Capacitor Kit contains caps on decade intervals from 10 picofarads to 1000 microfarads. 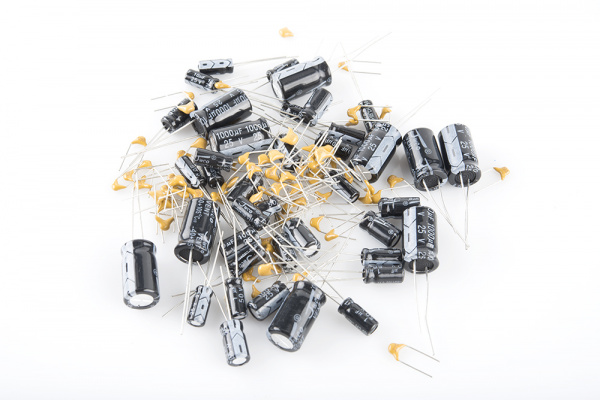 There are ten pieces of most values, but 25 pieces of 100 nanofarads, which are commonly used for local supply decoupling near ICs. There are also ten pieces of 22pf, which are frequently used as load capacitors when building crystal oscillators.

Let’s face it, a Farad is a lot of capacitance. Capacitor values are usually tiny – often in the millionths or billionths of a Farad. To express those small values succinctly, we use the metric system. The following prefixes are the modern convention.

The smaller values in the kit are 50V rated ceramic capacitors. These are small, nonpolarized caps with yellow blob for their body. 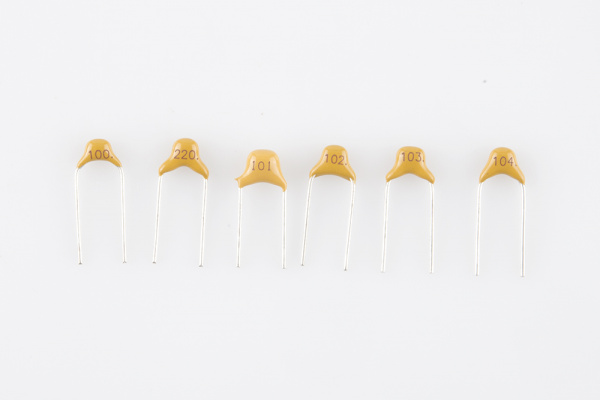 The value is printed on each in a three-digit code. This code is similar to the color code on resistors, but uses digits instead of colors. The first two digits are the two most significant digits of the value, and the third digit is the exponent on the 10. The value is expressed in terms of pico-Farads.

Electrolytic caps have larger, cylindrical bodies that look like small soda cans. They typically offer higher capacitance than ceramic caps. Unlike ceramics, they are polarized. 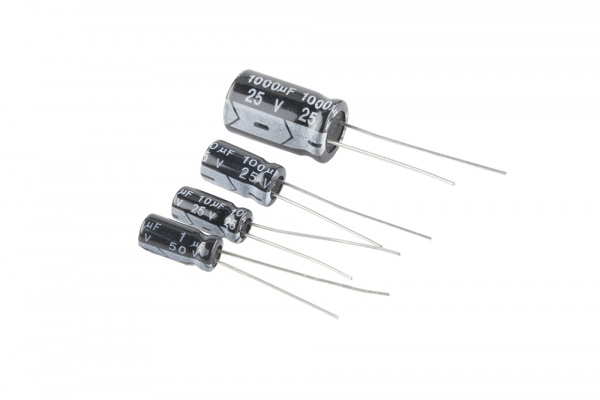 The markings on the ‘lytic caps are easily legible – the value and units are printed right on the body.

The value is followed with the voltage rating, indicating the maximum DC potential that the cap can withstand without damage. In this kit, the 1 µF is rated to 50V, the others are rated to 25V.

The higher capacitance of electrolytics comes with a somewhat tedious detail – they are polarized. The positive leg needs to be kept at a higher DC potential than the negative leg. If they’re installed backwards, they’re prone toexplode.

Thankfully, the leads are clearly marked. 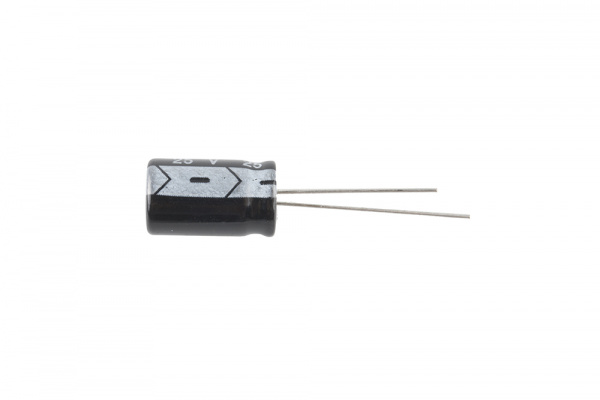 There are two polarity indicators on an electrolytic cap:

The crystal oscillator circuit from the ProMicro

This kit offers a wide array of values, but the decade-by-decade selection leaves some gaps in between. There are a couple of tricks that can be used to bridge those gaps, by combining caps in series or parallel.

The values of capacitors wired in parallel are added together. You can gang up smaller caps to effectively form a larger cap. 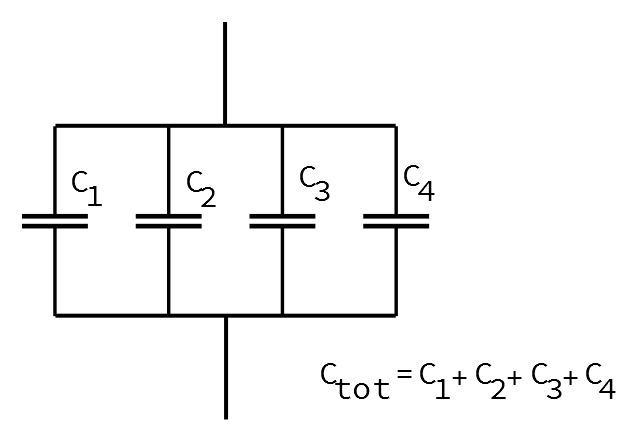 Restated as a simplified guidelines while you’re at your workbench: